This audio documentary immerses us in the lesbian community of Skala Eressos, a remote village situated on the island of Lesbos in Greece. Created in the 70s by a handful of women fueled with a desire of freedom and a compelling need to escape their homophobic countries, the community have welcomed more and more women from all over the world, reaching its peak in the 90s, before slowly declining in the late 2000s. Nowadays, the community is mainly formed by older lesbians. But they are not your typical 50 or 60 year old women. They party, they have sex, they have strong opinions and they speak their minds. What they say about their lives and their journeys is not only a precious testimony of a vanishing community that once changed so many women’s lives, but also a bridge to better understand lesbian culture.

Au sujet des autrices :
Those three met in a lesbian bar 14 years ago. Anais D. became a publisher in a press group, Cecile is a photographer & director and Anais C. runs a magazine.

Cecile C. Simon
Cecile C. Simon is a photographer and a director based in Paris. Her work has been exhibited and published in various books and magazines. She’s been running a creative studio with Céline Barrère for 10 years now. They commit to a large scope of commissioned work : portraits, music videos, editorials, fashion films and advertisement.

Anais Carayon
After doing a thesis on the history of the new york city subway, Anaïs Carayon started her career as a journalist in a Parisian hip hop magazine. A few years later, she founded her own magazine, Brain, a mix of American magazines like Vice, The Fader, Dazed & Confuzed or even MAD. She also wrote several books (La Chose revue pop-porn, Lolchats, Nos commerçants ont du talent), produced close to 10 podcasts and more than a hundred episodes, and organized many events in Paris. Her dog is called Jean Claude.

Anais Dupuis
Anais Dupuis loves telling stories on both a social and a professionnal level. She started her carreer in the movie industry in France and Germany where she had the opportunity to work on fictions and documentaries. She also has been selected at the Berlin Festival Talent Campus, and was a receipient of the Nipkow Programm grant. She later worked as a publisher for print and digital publications and supervised the audio studio of a press group in France. 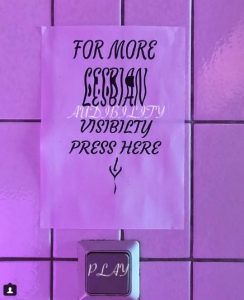 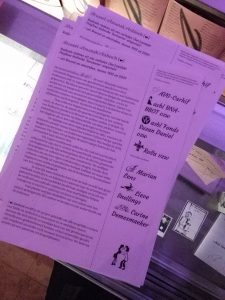