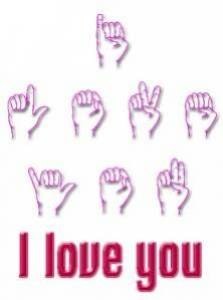 Freddy Fresh is among the most active and prolific American underground dance music artists, having released more than a hundred records on dozens of different labels worldwide . Born and bred in St. Paul Minnesota, Fresh’s name is more often associated with the London UK scene, to which he relocated in the late ’90s after having top 40 chart success with 2 of his songs. Fresh’s first record label was formed in late 1992 and was called Analog Recordings. His label empire then grew to include a host of sub labels (Analog UK, Butterbeat, Electric Music Foundation and then Socket and Boriqua labels) In addition to a growing stateside audience, Fresh is also one of the few contemporary non-Detroit techno/electro musicians to have a strong European following, and his records for Experimental, Harthouse, and Martin « Biochip C » Damm’s Anodyne label have strengthened his international presence. Although Freddy’s release history has included tracks in just about every style from hip-hop and house to techno and trance, his roots and most consistently pursued affectation lay in electro and breaks; his records thrive on buzzing modular analog noises and resolutely dirty production techniques, resulting in a distinct, instantly recognizable brand of funky, minimal, somewhat experimental dance music. Although Fresh grew up a gothic rock/new wave junkie, a trip to the « boogie down » Bronx in 1984 introduced him to the thriving NYC hip-hop scene. Instantly smitten, Fresh began collecting DJ tapes (Shep Pettibone, The Latin Rascals, Marley Marl, anything he could get his hands on) and, of course, records — everything from Jonzun Crew and Newcleus to Liquid Liquid and Cerrone, Shannon and Cat Stevens — and his collection has since grown to thousands of phonograph records(making his side gigs as a DJ a bit easier). Fresh’s first work behind the boards came via Bronx legends Boogie Down Productions, with Fred remixing a track for a B-side release and from there, Freddy began piecing together a studio, collecting many of the ancient analog and modular synthesizers that give his records their distinct, almost studio-jam feel (he mixes all his tracks live and sequences with an MPC 2oooXL and an MPC 4000 and uses rare pre-midi analog synths and modular systems). In 1992, after releasing debut singles on Nu Groove and Silvo Tancredis’ Experimental imprint, Fresh established his first label, Analog, to release his own tracks. The label and its offshoots have since attracted such weighty names as Thomas Heckman, Tim Taylor, Cari Lekebusch, DJ Slip, the Bassbin Twins, and Biochip C. In 1995, Fresh inked a contract with noted German techno label Harthouse, and his second full-length, Accidentally Classic, was released by the label’s U.K. arm in late 1996, with a Harthouse U.S. reissue following close behind. His third album, The Last True Family Man, followed on Harthouse Eye Q and spawned 2 international chart hits along with a song featuring Fat Boy Slim. Several singles and a mix album followed until the release of his next full-length, Music for Swingers in 2001. Additionally, Fresh has released records through Wisconsin-based acid stronghold Drop Bass Network, Labworks, and noted German electro label Electrecord. Fresh also formed a collectors label specializing in 45 RPM singles called Howlin’ Record in the year 2000 and has since released over 35 singles and 4 full length CD’s on the Howlin’ imprint with the following titles.. « Have Records Will Travel », « Outstanding In His Field », « Diggin’ Up Ghosts » and « Surrounded By Funk », as well as Howlin’ Greatest Hits. Freddy has also revamped his Electric Music Foundation label for a CD only full length releases debuting with the album called « Textura » these recordings center around electronic synthesized music and electronica while the Howlin’ releases are more funky breaks and party style hip hop tracks. In 2004 Fresh released a reference book dealing with the history of the early independent old school rap scene that catalogues every conceivable rap label from 1979 to 1989, this book has been featured in The Source, Vibe, The New York Times, Village Voice and has gone on to win journalism awards in the United States and has been recognized as the only reference book on this subject. The book is called Freddy Fresh presents The Rap Records (Nerby Publishing LLC). Freddy recently released the brand new updated Freddy Fresh presents The Rap Records Revised 2nd Edition a mammoth book with over 740 pages and more than 2,500 color photo’s available on this sight. In 2007 Freddy and MC Conductor Crucified began a new label called Stark Raving Records which features conscientious hip hop by St. Paul rapper The Conductor Crucified which of course features Fresh’s trademarked beats and production styles. This CD can be purchased at www.kudosrecords.co.uk Fresh’s music has also enjoyed commercial success with releases featured in films like Austin Powers Goldmember, Jackie Chan’s Tuxedo and commercials by Adidas, Budweiser and Coors Lite etc.. Fresh also tours regularly and has DJ’d in over 34 countries and has performed for televised programs MTV Canada, Club TV, S2, House Viva TV, Club Spain etc.. and over 300 radio programs throughout the world including 2 sessions for the legendary late John Peel of famed Radio One BBC England. Fresh is currently managed by Electronic Publicity Management in London and Holland as well, you can contact oliver@electronicpm.co.uk for booking information. Fresh can be contacted at Freddyfresh.com, myspace.com/fredfresh or rapknowledge@earthlink.net More information on Freddy Fresh can be found in The Guinness Book of British Hit Singles (UK), The Rough Guide to Techno (Penguin Books UK), All Music Guide to Electronica (Backbeat Books USA), All Music Guide to Hip Hop (Backbeat Books USA) and Downloader’s Music Source Book 20,000 of the World’s Best Songs (Carlton Press) http://www.myspace.com/fredfresh http://freddyfresh.com/